About The Box Turtle Sanctuary

The Box Turtle Sanctuary of Central Virginia happened out of necessity. 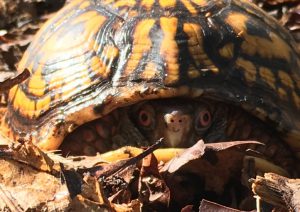 Box Turtles close up their shell and wait out the danger.

Hi, My name is Shelley, I am the one that will make any driver of a vehicle that I am in STOP if there is a turtle in the road.

I have been known to stop traffic on busy streets to rescue a big ole snapper, and I have dodged cars as I skirt between them to snatch up a Spotted Turtle or an Eastern Painted Turtle as they scurry in busy intersections looking for the way home.

But since a small child, I have always had a particular fondness for the Eastern Box Turtle and their unassuming way of closing up their shell to wait out the danger. 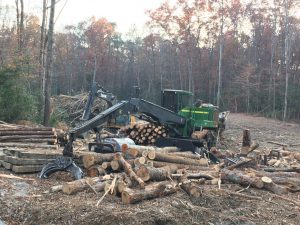 Trees are not the only things destroyed when logging takes place.

My move to rural Virginia over 30 years ago, brought Box Turtles back into my life with regular “moving them across the road”.  At the time, it seemed that the woods that lined the roads in western Hanover County would always be there. Eventually my eyes were opened to the logging and home building along with the farming, that was constantly eating up the native environment, and then, the golf courses and communities were built, effectively segmenting any remaining habitat.

So many of the Box Turtles that I helped across roads have met their demise with the increased traffic that came with the development and the loss of habitat.  Box Turtles, you see, are not easily relocated. They learn their habitat as they mature in their environment, and over the years they depend on and learn where native fruit like black berries are located.

To truly appreciate the Eastern Box Turtle it is important to recognize that turtles have been living here for Millions of years, in fact fossil records indicate that turtles actually evolved with our planet, and moved with the tectonic plates. Our little Eastern Box Turtle, one of the most beautiful turtles in the world and native only to the Eastern United States, is suffering from habitat loss and destruction, and is quietly becoming  one of the most sought after turtles in the illegal animal trade.

“Action is Better than NO Action!”

Years ago, on a cold Thanksgiving Day as I ventured out on an errand, I came across a box turtle at a new community gateway.  I stopped, knowing he should be hibernating, and picked him up. He was still alive, almost weightless, and with an upper respiratory track infection. As I looked around I noticed his habitat had been destroyed and replaced by houses. His future looked bleak, but he was the beginning of my box turtle education. With a little help from my Wildlife Veterinarian, “Rhoads” did survive that first winter, and became the first inhabitant of what was to become the Box Turtle Sanctuary of Central VA.

I have been frustrated and saddened to watch the woods around my small farm systematically destroyed, It became so that I would  avoid certain roads, as the forests were destroyed for neighborhoods, the noise that a tree cutter makes still haunts me. So I set out on a mission to learn all I could about The Eastern Box Turtle in Virginia, and found that they needed an advocate. In the short 30 years that I have lived in Central Virginia, The Greater Richmond area has grown in leaps and bounds, adding shopping centers, and communities that have all but gobbled up counties, leaving only areas that are unsuitable for development for wildlife of any kind. This segmentation has wiped out much of the genetic diversity and made it impossible for surviving turtles to safely find each other. 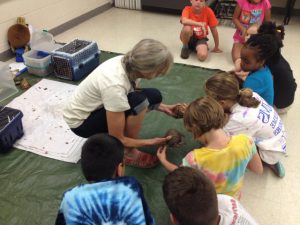 We do not inherit the earth from our ancestors. We borrow it from our children.”
― Anonymous

The Sanctuary’s Future and Goals.

I have to say I believe in kismet.

When my small horse farm, just outside of Ashland, Virginia,  became void of most of the equine residents, the farm slowly began to evolve. Horses had been my life for a long time, it was a great ride, and I had seen them all to the end.

The turtles pulled at me. The mention that we (Virginia) needed a sanctuary for them made some scratch their heads, and others say “yes, finally”.  I started finding baby turtles. in the strangest places, and in the strangest times of the year. Then one day, as I turned  my car around  to rescue a box turtle in the middle of a busy rural road, my young daughter beside me, an on-coming car destroyed it. A sight that is burned into my mind.

I got the message, and built my first turtle pen, but I also realized that I have a lot more to do then to just have a turtle or two in a pen. I want a long term solution. A place where my great grand children can come and see the dinosaurs that have lived here long before us.

More research brought me to the Global Federation of Animal Sanctuaries, which has shown me my goal.   The

GFAS is an accreditation organisation that helps non-profit sanctuaries  that provide lifetime care for animals that have been abused, injured, abandoned, or are otherwise in need. The GFAS also provides guidelines and standards on animal care including housing, veterinary care, nutrition, animal well-being and handling policies, as well as standards on physical facilities, records and staff safety, confirmed by an extensive questionnaire, site visit, and interviews.

I have since achieved the necessary 501(c)3 status for The Box Turtle Sanctuary of Central Virginia Inc., and so now the work needs to begin.

Priorities begin with fencing. My first pens were built from recycled material. I have learned that the best fence to keep turtles in is made with roof flashing, buried 1 foot below ground. Attach this between 4 x 4s with a fence board along the top allows for a easy to contour, un-climb-able wall.  For large areas; time consuming, yes, but durable and long lasting. GFAS also requires an exterior second layer fence.

Secondly, an easy record keeping program.  An Eastern Box Turtle is comparable to a snowflake, in that no two of them are alike. Color patterns and designs evolve with the turtles as they grow due to diet, weather, habitat and of course genetics. Further research has shown me that is is possible to design software that would work like a face recognition program  and allow, through photography, quick  access to individuals records. 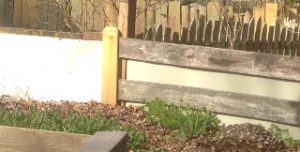 Once I am able to get these two critical guidelines squared away, I look forward to more educational opportunities, and the ability to help house Box turtles that have been displaced due to human encroachment  in Central Virginia.

Educating has been the primary goal of the sanctuary. My “Turtles to you” program, has been very successful and through it many children have had an opportunity to learn, see and touch  box turtles of all sizes. This program will continue as long as there are children. Future hopes for the facility at the sanctuary include field trips, where turtles can be observed in their natural habitat

Turtles world wide are struggling to survive. Due to loss of habitat, over harvesting for consumption and the fragmentation of habitat, without advocates, animals can slowly fade to extinction if no one notices, and the Box Turtle is not one to ruffle many feathers. He doesn’t bite. He doesn’t run or chase. He is small and unobtrusive. The Box turtles form of self defense has served him well for MILLIONS of years. In the face of danger, he quickly and quietly closes up his shell, locking himself safely inside to wait out the danger. There are few others, worldwide, that use this form of defense. Would we even notice if he was gone? Would the world be worse off? We certainly would look on in amazement at the shells that they left behind. To survive extinctions that wiped out so many others, only to succumb to man’s lack of caring and planning. What a shame that would be.

As Humans we are the dominate life-form on this small planet. It worries me that we can be so cavalier in our approach to the creatures that have been here so long before us and that we can so easily destroy habitat without thinking about who lives there. Certainly if we destroy the habitat of the small reptiles and amphibians that share this planet with us, destroy the water and the land, there is no hope for the human race.

You can help. Please donate to help us complete our fencing project, expand our education program and move forward on our record keeping software  program. Check out the unique turtle art , and our pet portraits on the eARTh art.BTSofCVA  website and like our facebook page.

Want to get involved? Questions? We would love your help!

It is Turtles all the way down

Art Work by  Art 4 All Ages, Bringing art to all; with fun follow along lessons that invoke creativity and thought