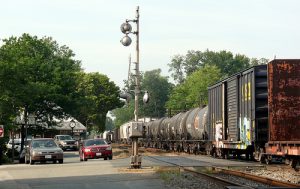 Should CSX build a new high speed rail , and how should it skirt Ashland, Virginia?

This is a big question that I believe deserves a lot of consideration, but lets start with a brief history lesson:

In 1956 a bill was signed by President Dwight Eisenhower that created a “National System of Interstate and Defense Highways” Eisenhower stated the need to eliminate unsafe roadways, inefficient routes and traffic jams, along with the need to permit quick evacuation of target areas, and that an elaborate expressway system was essential to national interest and security. For these reasons, the Federal-Aid Highway Act of 1956 was created. Under the terms of this Act, the 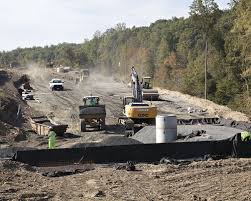 Building highways destroys more then communities, much wild life is misplaced as well.,

Federal Government would pay for 90 percent of the cost of construction and allocated $26 billion, the remaining funds would come from an increase in gasoline tax (0.03) that went into a highway trust fund.

By 1960 people began to revolt against the unpleasant consequences, displaced people, communities sliced in half, abandonment and decay in city after city. During the 1960’s activists in New York, Baltimore, Washington DC and other cities managed to prevent construction from eviscerating their neighborhoods and these urban interstates or “roads to nowhere” still exist today. 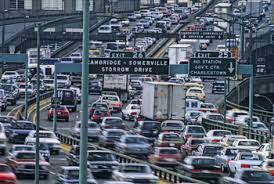 To many cars and not enough pavement.. no quick exit out of town here!

I-95 is the longest north–south Interstate, and passes through more states than any other Interstate Highway at 15 states, According to the U.S. Census Bureau, only five counties along the route are completely rural, while statistics provided by the I-95 Corridor Coalition suggest that the region served is “over three times more densely populated than the U.S. average and as densely settled as much of Western Europe” Parts of I-95 carry 200 to 300 thousand vehicles a day.

So here are the facts: 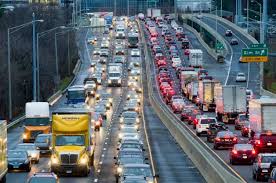 Although CSX strives to be safe and efficient, supportive of employees and shareholders, and be a positive influence on communities and the environment, I was unable to find any information on their web site about how they consider communities 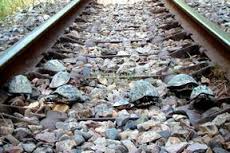 and the environment, and how they assess when it is necessary to destroy such places.

What / Who gives CSX the power to destroy private property? The Greater Good? Please correct me if I am wrong, but I was told the new High Speed Rail would cut 15 minutes off of the travel time from DC to Richmond.. Really? All this for that? That does not sound like High speed rail.. Where is the new technology?

This problem of where the new High Speed Rail will go is not just Ashland’s problem. This IS a problem for all inhabitants along the north south corridor of the Eastern United States and IS a major infrastructure problem. Building a High Speed rail along the existing tracks with a bypass around Ashland is merely a band aid. CSX is already facing problems Including installing Government mandated “Positive Train Control” technology, designed to slow or stop trains before accidents occur, lagging coal shipment volume and a decline in stock values. A massive update of our interstate and rail systems is in desperate need. According to GoEuro (a travel search engine) The US ranks 19th out of 20 in ranking of high-speed rail networks by nation.

We learn from History. Automobiles as we know them will change, but they will still need roads of some sort to follow. There is some remarkable technology out there and if we can let go of the oil industry a bit, we can move into the 21st century a bit more gracefully. Check out these solar roadways: www.solarroadways.com, Think of the possibilities.! High Speed Rails? Well they should travel 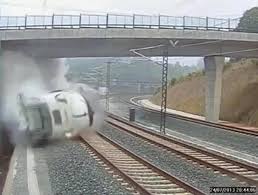 down the 1-95 corridor as well and should be as straight as possible, not curving around any little towns, I mean, we are talking HIGH SPEED Rails.!

So come on People… Government Officials.. where is your backbone? Lets spend a little less on foreign ground and a little more here at home..

Plans are nothing; planning is everything. Dwight D. Eisenhower